Posts on the subject of wildlife are few and far between it seems at the moment. I'm not finding myself in places where I am taking time out to be in the wildness of nature. There are occasional forays into woods and hills but usually I am just pottering around in the garden and not delving into deeper things.
This evening was one of the first few this year when we have had bright hot sunny days and warm evenings that have encouraged me to sit outside in a short sleeved shirt. The sun was beginning to disappear from the garden and I was watching a flock of long-tailed tits chattering in the trees next door. Sunlight lingered in this corner on the tall conifers and old apple tree. My eye was caught by something small and brownish darting up into the sky and circling round. My first thought was that it was a bat. They do fly around at times but usually later on at dusk. Then I saw that it was a red admiral butterfly and it would dart up from a high branch, fly around and then land back in approximately the same place. What amazed me was the power and speed in its flight. It behaved almost like the spotted flycatchers I used to watch as a child. When the long-tailed tits fllew off down the garden, the butterfly flew up and followed them, dodging around the birds in flight, easily matching their speed over around fifty feet before flying back to almost the same perch in little more than a very few seconds. This wasn't the normal dainty flutterings of a delicate butterfly around some flowers, but an interesting display of power, flight and spacial awareness - not just of the garden space but in interactions with birds.
Posted by Matthew Slater at Thursday, May 25, 2017 No comments:

Some experimental pen and ink illustrations. These were drawn rapidly with a fountain pen and felt-tip marker using photos I took in Tavistock (Devon) as reference. 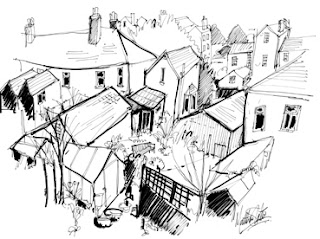 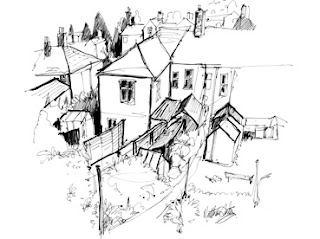 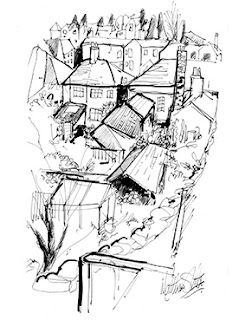 Didn't really talk to anyone at lunchtime today so was able to get some productive sketching done. 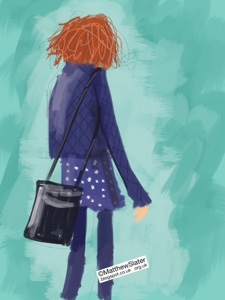 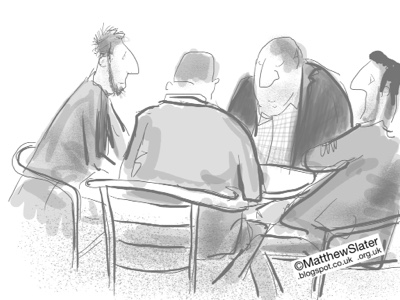 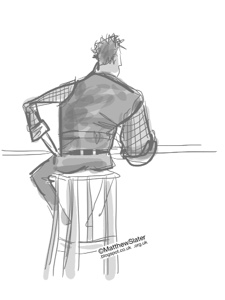 Dog on a Sofa

Pencil and ink illustration on watercolour paper for a card. 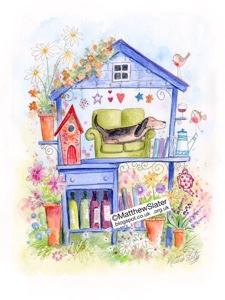