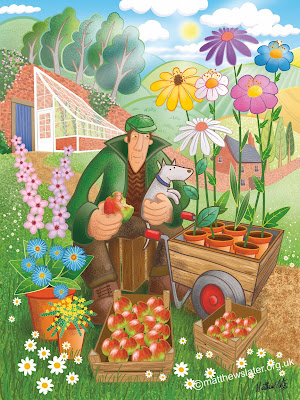 A couple of weeks ago I was intrigued to try the app Affinity Designer for iPad to see how it compared to Adobe Illustrator. Although more fiddly to use on an iPad than perhaps it might have been on a large screen desktop computer, I was very pleased with the result. Being able to blend vector and pixel modes was quite a treat and I was quite surprised how slick the app was once I had got the hang of it. It lacks some key functions of Illustrator, but as an up and coming competitor to Adobe I was impressed with it. Might invest in the desktop version at some stage as it is soooo much cheaper for individuals like me. 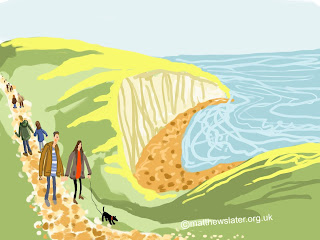 A quick sketch from memory of the clifftop above Durdle Door in Dorset. 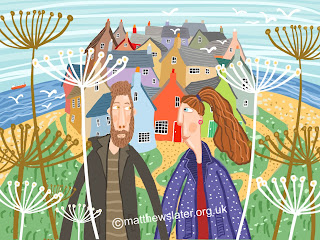 An imaginery seaside landscape I worked on a few weeks ago. It was just a playful Procreate illustration exploring a few ideas.
Posted by Matthew Slater at Saturday, March 16, 2019 No comments: