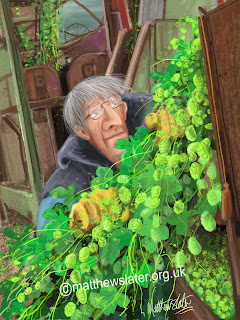 Farm worker on a hop picking machine back in late summer. Once the hops have been stripped off the bines at the front of the machine they are fed by conveyor to the secondary picking mechanism. This guy's job was to ensure the flow of hops into this was even and to remove large clumps or blockages which were re-fed back in later.

Illustration based on a series of photos I took at the time. I have had a few ideas for pictures and this was one I immediately wanted to do though it has taken over two months to get round to doing it. I may work on a few more sometime.

Posted by Matthew Slater at Saturday, November 23, 2019 No comments: 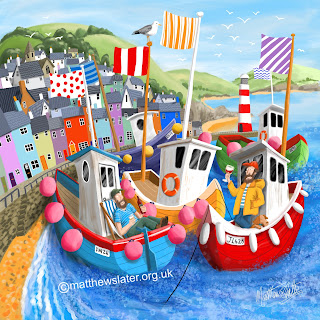 Decided to experiment with a seaside theme to see what would happen. I wonder how long this would have taken me to paint on canvas rather than on the iPad? Probably a lot longer. I could have added more detail but decided to stop whilst the going was good.
Posted by Matthew Slater at Sunday, November 17, 2019 No comments: 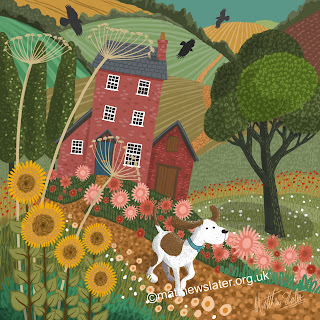 Posted by Matthew Slater at Sunday, November 03, 2019 No comments: